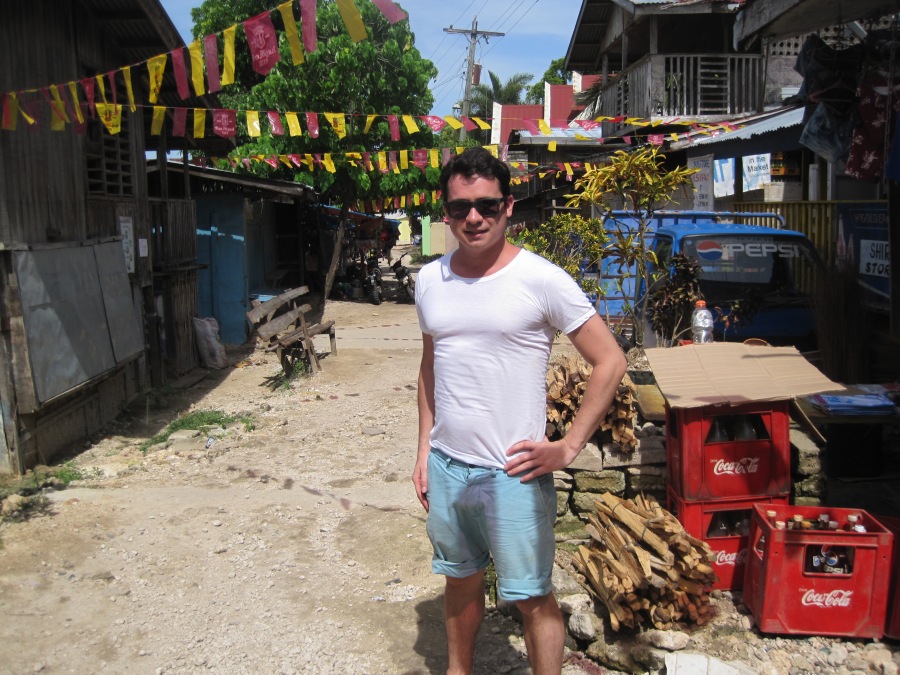 I’ve been living out of a suitcase for eight months. And, as the situation implies, the pace of living hasn’t allowed for much time to stop and reflect on what this lifestyle is like, or how it has changed me – is changing me.

Right now, I can see Ortigas Center outside my window, one of Metro Manila’s budding urban hubs; it’s draped in a murky late afternoon haze. The blare of horns echoes up from cars, trucks and jeepneys at all hours of the day. The last time this city got a moment of respite from the seemingly omnipresent noise of frustrated motorists was when Pope Francis visited in January, delivering the world’s largest mass in history to crowds of patient and devoted Filipino Catholics. Major highways were blocked for the visit. The horns, by some miracle, fell silent. Filipinos joke with me that they eagerly await his next mass so that they can once again enjoy a time when Manila’s chaos is, if only briefly, replaced with a day of solace and sanctity – forgotten but not gone, the holy mess of Manila.

In the eight months that have elapsed to get me here, I’ve clocked in some serious mileage. Over a three-month span, I traveled 7,000 miles by car across the US, passing through 25 states. Following that road trip, I have visited – or rather, revisited – four Southeast Asian countries: Myanmar, Thailand, Cambodia and, now, the Philippines. I’ve slept on couches, in budget hotels, bamboo huts, luxury serviced apartments — the gamut. This kind of movement has taken its toll. Suitcases have lost wheels; extra baggage has been shed at airport check-ins; my friend’s dog pissed on my backpack in Thailand. The armor and hammer of the road warrior have broken down, showing visible evidence of wear and tear wrought by the path I follow.

But perhaps the most affected part of my lifestyle has been the routine. Or, rather, the lack of any. The life of a road warrior (a modern variety, not the post-apocalyptic Mel Gibson carnation) is one of constant, consistent, schedule-shattering change. Life happens too quickly for stability to settle in, familiarity to possess you, or social relations to solidify. Rather than fitting snuggly between the blocked lines of an agenda book, life instead is transformed into some unwieldy amorphous animal, a kind of chameleon of whimsical and wistful ambition, one not quite known to itself.

The feeling of displacement is nothing new to me, no. In younger years, as a backpacker, the “demons of dislocation” are something you learn to love – or quickly rebel against, instead choosing to settle down. No, no – it’s the juncture of my life that has added a funny, ineffable quality to the madcap pace that perpetuates this forward momentum.

I recently turned 30. And while that has no applicable weight to how I have come to explain and interpret the people that I know — personalities being a product more of experience – age does, for all its stubborn calculus, have an undeniable anchor on our lives. Most of my peers have long since settled, found their lives in a corner of the earth and said, “Hey, this is where I’ll stay.” That moment is alien for someone like me. I have, to date, never found a place that merits lingering beyond a few years.

Perhaps that’s the DNA of a true traveler. Some people lust for that familiarity of family and the predictability of staid knowns. Others for career and its gains in intelligence, value and network. Still more just lust. But, for me, I am up and about looking for the unknown – the opportunity to be in a place of mystery and immerse myself, 360 degrees, in a challenging, changing and foreign context. It has always been more enticing to me to exchange a life where a handful of thick ropes, those of old friends and family, stretch out strong and protectingly within a few miles of your home for a life where thousands of fishing lines, the menagerie of characters in a traveler’s winding tale, shoot out across the world, tenuous but ever-growing.

It’s the prescription of travel, if you think about it. Outside the unending portal of a window on a car, train or plane, there is a freedom. We travelers are liberated from the fetters of conventions of nation — even national identity — being alone in a new surrounding, open to discuss, act and decide what it is we represent. Its an uphill battle though, nonetheless. But why else go the distance if not to challenge yourself – your notions of the world, your unaddressed fears?

That, I suppose, is why I take to the road. Not because its easy — but rather quite the opposite. The love for the challenge keeps me going, because at one point we are forced to deal with the harsh reality of the world — poverty, poor infrastructure, lack of water or food. But its in those moments — extreme and odd and far from familiar — that you realize you are lucky. And even luckier if you can share it.

One thought on “Tale of a road warrior”