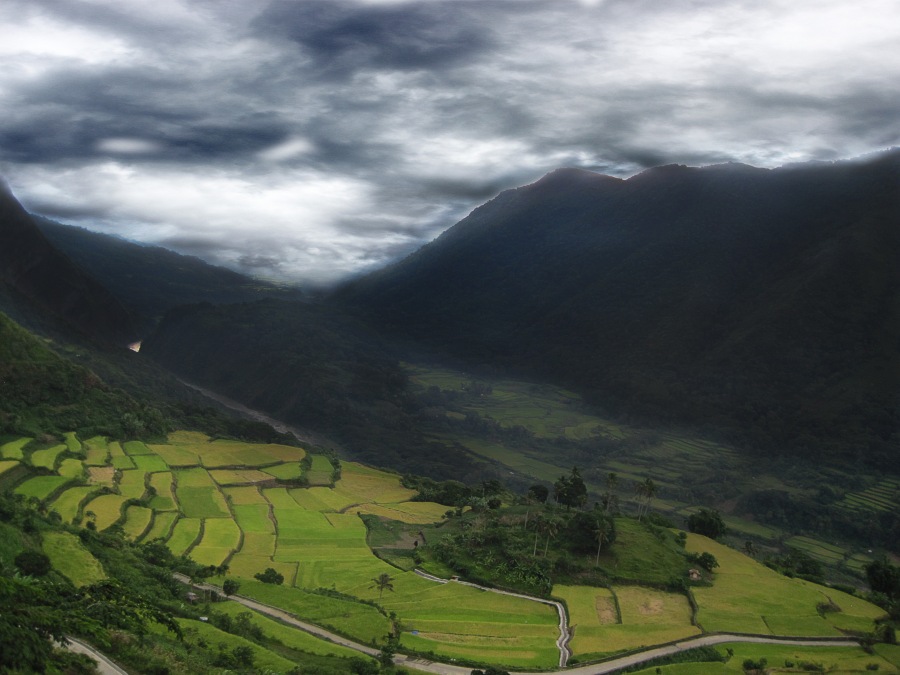 You wouldn’t be able to tell it by looking at newspaper headlines, but China is not the largest fear of the Philippines – the real danger is much more natural.

Climate change is the top-of-the-mind fear of Filipinos, a recent survey by Pew Research Center revealed. And, indeed, it should be. The archipelago nation is no stranger to the devastation of severe weather: When Typhoon Haiyan struck in 2013, it killed at least 6,000 people, and recorded winds as high as 380 kilometer per hour; it was the strongest recorded storm to ever hit land.

Just before the storm hit, research conducted by the World Bank concluded that eight out of 10 Filipinos had “personally experienced” the impact of severe weather. That ratio likely rose with the storm.

Savvy solutions to combat natural terror are, luckily, already here. Now that the digital revolution has begun to penetrate developing markets in full gear, innovative tech tools may just be able to allay fears and save lives by giving urban planners the power to mitigate natural disasters.

Using the open-source platform technology employed by OpenStreetMap, a vast database of maps updated by a diverse global community of 2.3 million users, the Philippines can better plan for emergencies in high disaster risk areas.

The country of over 7,000 islands isn’t a cinch to plan for, either. Disaster management is made even more challenging here because of “extreme poverty, corruption and poor urban planning,” she told the Bangkok Post.

By acting outside of government restrictions, Map the Philippines can avoid dense red tape. “Government agencies have restrictive mapping policies that make it impossible to share data between and within agencies, let alone release datasets under an open data initiative,” says Agaton.

“Across local and international, public and private sectors, organizations create their own maps, often on proprietary software and restrictive data sharing licenses where valuable data often sit unused in one person’s desktop computer,” she continues.

“The goal of Map the Philippines is to provide free and comprehensive maps.”

Such maps can be live saving. In the aftermath of the recent earthquake in Nepal, over 4,000 volunteers mapped affected areas for OpenStreetMap, directly assisting disaster funders and responders within 48 hours.

For the Map the Philippines campaign, a conscious effort is now being made to shift the focus from crisis management to community resiliency. It’s a bold preemptive planning scheme being buoyed by funding from international aid agencies to reach the poorest of the poor.

“We are currently on a plan to map 72 provinces by the end of the year, in partnership with the government, NGOs, businesses and universities,” says Agaton.

By providing two-day workshops on OpenStreetMap in local communities, remote and previously ignored areas of the country can contribute to mapping tools that will have direct impacts on their livelihoods. And with university partnerships, maps are created with special focus to food security and transport infrastructure.

Such workshops have typically included an across-the-spectrum audience – everyone from local government, businesses, NGOs, community leaders and student participants. “Anyone can learn to map in two days and different communities have different capacities,” says Agaton. “As long as there are a few people eager to learn, we are happy to teach them OpenStreetMap.”

When the asphalt ends and roads become patches of dirt tracks and farm paths, OpenStreetMaps turns to yet another revolutionary technology to document the land. In areas where satellite imagery is too poor to make accurate maps, drones are deployed to take high-resolution images, which are later shared through a common license on OpenAerialMap for use by other stakeholders.

Local governments of these areas are receptive to the technology, as well. After one of the first pilots for the OpenStreetMap workshops proved successful in training local participants in Tanauan, Batangas, the mayor requested drones to complete the project. “Mayor Halili identified roads prone to floods and congestion that he would like funded by the national government,” said Agaton. “We have provided drone imagery for his road requests.”

It’s a request that the national government should listen to, namely because of the positive spillover effects such partnerships have for the community. There is now talk of starting a program to hire new mappers trained during these workshops to perform paid work on a stable income for future mapping projects.

“This provides the local capacity to update maps post disaster rather than relying on international support in international time zones,” Agaton said.

In the Philippines, a country that has a perennial problem with unemployment, any efforts to inspire inclusivity will likely get a lot of governmental support.

And, besides, climate change mitigation is not an effort that should be relegated to policy wonks.

“One of the most important elements of planning is participation. The process of planning is incomplete without working with the stakeholders, interest groups, marginalized sectors,” says Lara de Castro, head of the Philippine Institute of Environmental Planners.

As the country readies itself for elections next May, there are certain measures that could be taken to propel disaster management efforts and, indeed, create numerous jobs along the way – not just mapping, but in engineering and construction, as well.

“One suggested solution is the passage of the National Land Use Policy, which has been pending in Congress for more than two decades,” Castro notes.

“It provides the overall long-term direction in terms of land and resource use, which not even the Philippine Development Plan can provide with its limited time frame of five years.”

If the overarching policy was ever approved, it could hopefully – many believe – resolve disputes over land use in conflict areas, many of which are considered high risk or particularly exposed to potential climate change-related disasters.

“Such a policy will compel government agencies to direct resources to where they are needed the most,” says Castro. “In the case of climate change, these are the communities that are determined to be the most vulnerable.”