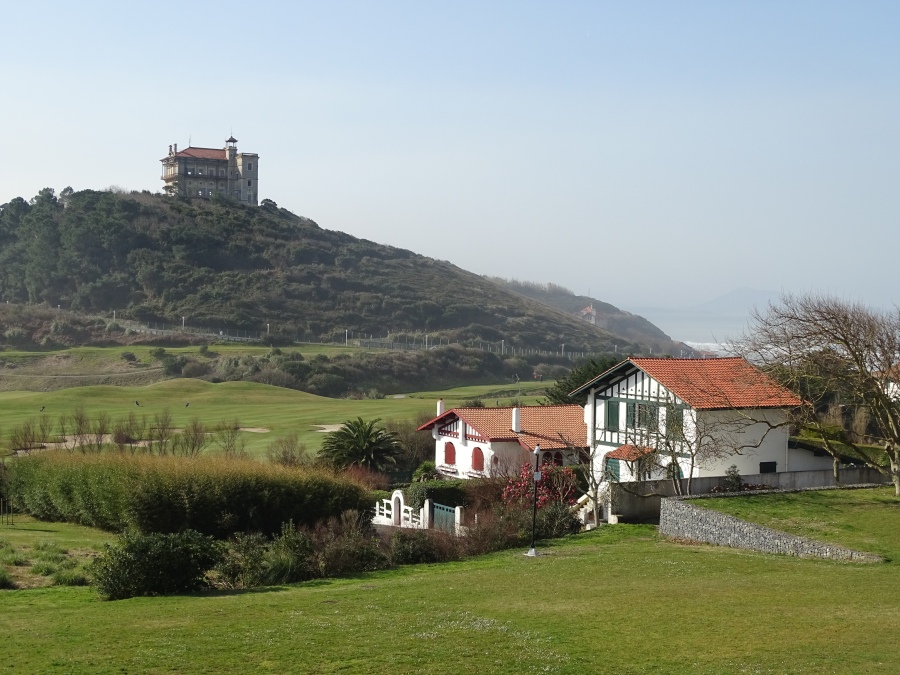 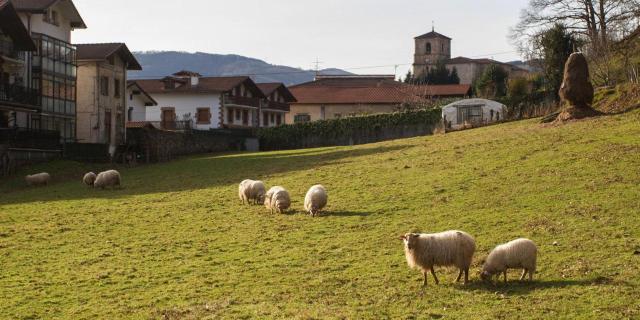 Though the Basque and Armenian languages share no superficial resemblances, they do share a baffling litany of words and grammatical elements.

A few steps from the entrance to the Cathedral of the Good Shepherd, one of San Sebastian’s most visible landmarks with its sky-piercing gothic spire, lies a simple, two-faced earthen slab. In this corner of Spain’s Basque Country, it seems out of place: carved on one side with an Apostolic cross and on the other with a mysterious-looking, non-Latin alphabet.

The letters are certainly not Euskara, also known as Basque, an enigmatic European language famous for the absence of any clear links to living linguistic relatives. Rather, this Armenian khachkar (a cross-bearing memorial stele) was placed in central San Sebastian in 2017 by the city’s modern Armenian community to commemorate the centennial of the mass killing of Armenians by Ottoman Turks, which the Basque Country parliament is one of five parliaments in Spain to officially recognise.

There is a surprising reason for the camaraderie between these two small and distant ethnic groups that are from opposite sides of Europe. Though their languages indicate no superficial resemblance – even the scripts look comparatively alien to one another – they share a baffling litany of words and grammatical elements that are acknowledged by both Armenian and Basque scholars.

When I first saw the Armenian khachkar, I had just arrived from Biarritz in French Basque Country, where the Association AgurArménie (Armenian-Basque association) similarly trumpets a strong friendship between the two ostensibly distinct groups. What’s more, as I clumsily rolled past the memorial with suitcase in hand, I noted that San Sebastian’s khachkar looked familiar. In the Basque Museum in Bayonne, a short distance inland from Biarritz, I’d seen medieval Basque funerary steles that bore artistic motifs with striking similarities to the one in San Sebastian.

You may also be interested in:
• The French region with a new currency

Was this just coincidence? Many Armenians believe these similarities are not. Contrary to the popular belief that Basques are a cultural island, the Armenia-origin theory claims linguistic, toponymic, mythological and even DNA links between Armenians and Basques. Though this theory goes back centuries, it was most recently reinvigorated by Armenian linguist Vahan Sargsyan, who published numerous books and studies on the subject, including a first-ever Armenian-Basque dictionary in 2001.

It’s a topic not without controversy. The dominantly upheld theory by many Basques, including on their government tourism site, is that their ethno-linguistic origin is isolated. This means their language and DNA are unique – and is thought to derive directly from hunter-gathers who came to this area long before Neolithic farming entered the region 7,500 years ago.

However, in 2015, DNA testing by population geneticist Mattias Jakobsson of Uppsala University in Sweden put a dent into this theory when his team found strong DNA matches between skeletons of Neolithic Iberian farmers, which date to 5,500 to 3,500 years ago, and modern day Basques, according to Science Magazine. But the discovery hasn’t brought closure. The researchers also conceded that they couldn’t “entirely rule out the possibility that Basque still has its origins in a hunter-gatherer language that was retained and carried along as farming spread throughout Iberia” – which leaves the mystery unsolved.

What makes the Armenian-Basque theory intriguing is that it has long been supported by linguistic research, first in an article by British Basque linguist Edward Spencer Dodgson in 1884, and then by studies from German philologist Joseph Karst in 1928, who discovered more than 300 Basque-Armenian lexical, grammatical and phonetic matches, including tegi (place), and zat (separate in Basque)/zati (separate in Armenian).

More contemporarily, Sargsyan’s collaborative work in 1998 with Armenian and Basque linguists identified almost 600-shared parallel words between the two languages, which Sargsyan suggested were introduced through metallurgy and farming via an ancient migration of Armenians to this area. “It’s no accident that the Armenian and Basque languages have a number of almost identical words relating to agriculture,” he wrote in a 2006 article in Yerevan Magazine, referring to the shared words ardi (sheep), urti (water-bearing) and gari (millet in Euskara; barley in Armenian).

I was curious to test out the Armenian-Basque lexicon to see if it was mutually intelligible, so I set out to question Euskara speakers on both sides of the Spanish-French border.

From Bayonne to Bilbao, the Basque region, as seen from several train seats, is a land of brilliant greenery that traverses thick beds of grass and misty mountaintops. It is this land that provided for early Basque pastoralists, and its long coastline for fishermen, both of which are traditions still upheld strongly today. While 90% of Spaniards live in big cities, making the country one of the most depopulated in Europe, contrarily the majority of the Spanish Basque Country’s more than two million people still live a rural or suburban lifestyle.

This strong anchor to village life has created numerous dialects, and in Basque public schools and institutions, a standardised Euskara, called batua, is employed.

I showed Manex Otegi, a San Sebastian native I met through my holiday rental, a list of 26 shared Armenian-Basque words from Sargsyan’s compilation. “It is Basque, but it’s a bit weird; it seems to be really old,” he said, referring to the list. “Only six words on this list are batua,” he added, pointing out the Armenian-Basque words zati (separate) and txar (evil). “I’m not sure where they [others] come from and I guess that the ones that I’m not familiar with is because they are very old and maybe have been lost because the lack of use over the years and small population.”

I repeated the same questioning with some Armenian friends in Bayonne, who recognised just one word on the list, the word for sheep (ardi), as an antiquated Armenian word.

Gauging from conversations on trains and pintxo bars, and later with academics, it seems most shared Armenian-Basque words are obsolete and no longer part of either modern language.

Unfortunately, there are no known living speakers fluent in both languages, and Sargsyan, who was self-taught in Euskara, passed away after a sudden heart attack in 2011 at the age of 54. According to his daughter Arevik, he left behind hundreds of flash cards of additional shared words, which have yet to be published.

But how did two isolated ethno-linguistic cultures share so many words with one another? Multiple academics – both Armenian and Basque – including Basque linguist Charles Videgain, kept pointing me to Bilbao, where the Euskaltzaindia(Royal Academy of the Basque Language) is located, to speak with the preeminent minds on the history of the Basque language.

In Bilbao, however, every scholar I spoke with officially rejected any link between Basques and peoples from the Caucasus (including Armenians or Georgians). Xabier Kintana, head director at the Euskaltzaindia, told me that Sargsyan’s list of shared Armenian-Basque words “are taken very randomly from the different modern dialects of the Basque language” and “are surely old loans of Latin, Celtic and other languages, in their time neighbours of the Basque, which invalidates their comparison.”

He insisted that in order for such a study to successfully find a shared origin, comparisons would need to be made between the ancient forms of both languages. This would strip away borrowings from other languages, both in the Basque case (Latin, Iberian, Celtiberian, etc) and Armenian (Arabic, Turkish, Syriac, etc). However, comparing ancient languages depends on often very tiny sample sizes from archaeological digs, meaning getting a complete picture is often impossible.

Even if a language connection is found, ultimately solid physical evidence linking the two peoples is absent. “The only relationship between these peoples is the similarity of some words,” Basque archaeologist Mertxe Urteaga told me. “There is no [archaeological] proof of the Armenian presence in the Basque Country and Navarra.”

That left me back where I started, unable to find proof of a link between the two ethnic groups, yet still not convinced that two languages sharing hundreds of words could be pure coincidence.

For now, it seems that Basque’s genesis story remains one of Europe’s greatest enigmas; a rare treasure of discovery in a world already largely charted, waiting for someone to finally crack it open.